The Journey Not The Arrival Matters

Are you on your own? was a question I was often asked.
Yes, I am, I'd say, but I have a lot of contact with people all over the world.

So, Thank you, everyone, for your company; it's been an amazing journey, and you have been an essential part of it.

Shall close the blog now with one final postcard, sent from somewhere on Route 66, with love: 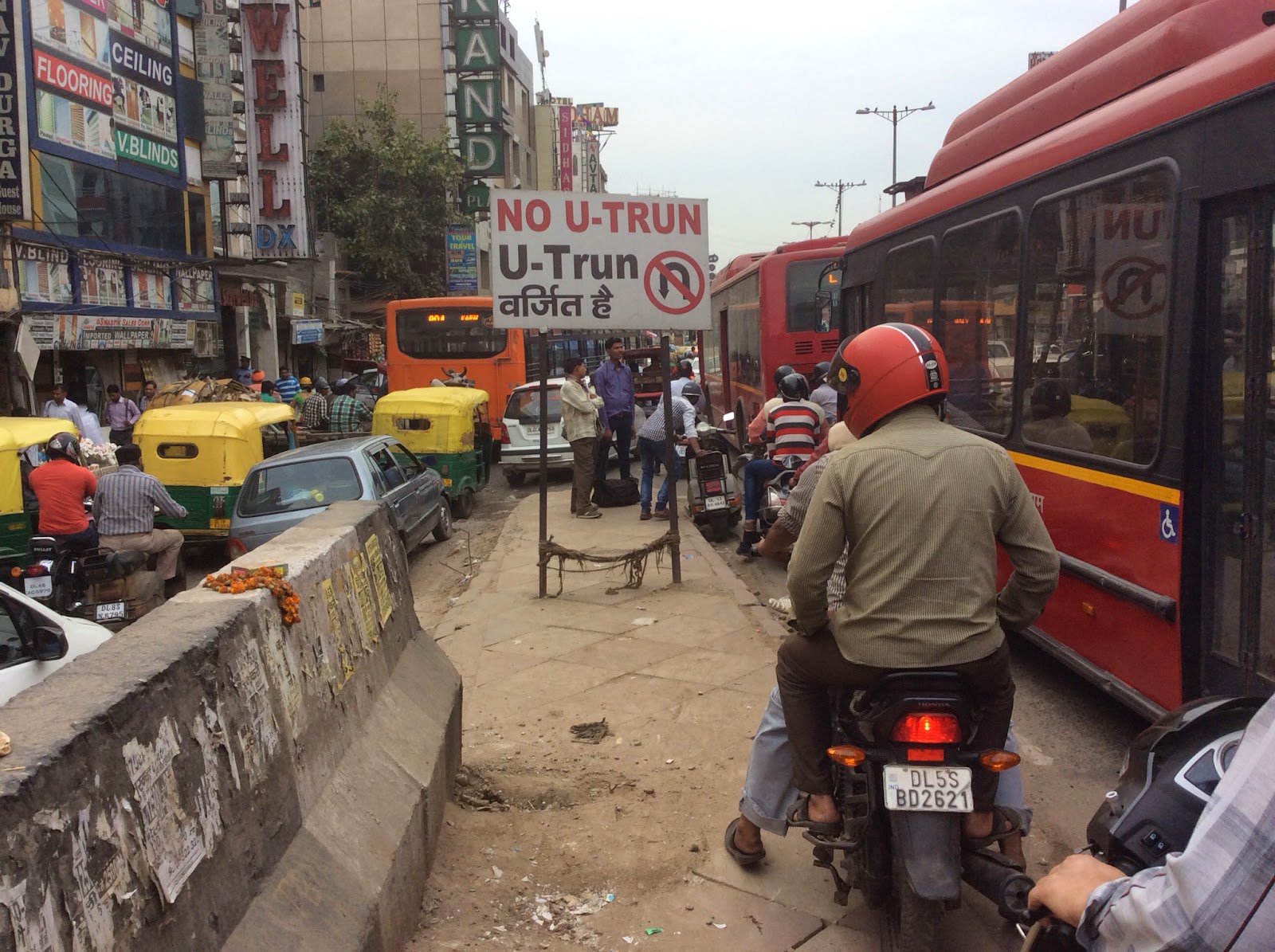 Third time lucky; it's a doddle!

A brush with Fagin's gang.

Another entry from the diary. Skip the typos, here it is uncorrected:

...Delhi, in another 2hrs 45, after another disgusting airline meal, (well, it was sort of breakfasty) But this time, sleeves not even rolled up, I'm ready for Delhi. I feel confident.

Decided I'd do without a pre-paid taxi, and managed the Metro (with a change and all the security checks) to R K Ashram Marg. through the cordon of taxis, tuk-tuks and cycle rickshaws, and into the clamour of Paharganj's Main Bazar. Took it in my stride to find a suitable room in the Hare Krishna Hotel, even negotiated a rate from 700 a night via 600 with tax and service charges, down to 600 all in. Paid up front.
The room is on 4th floor, and in seventies orange and midnight blue with MFI style wooden beading and bordering. Clean enough. Gd wifi.
Head off to explore the delights of The Ganj, full of tourists, mostly elderly hippies. And youngsters, the next generation, coming along nicely, and those who will look back on it from a more conventional later life...

In front of the Stn, a man lay asleep. Pissed and shit himself many  times, and flies swarmed at the dark wet area around his arse. Maybe he was dead. The road bridge with amazing views over the tracks, an ox cart. Walked to Connaught Place, the lovely curves of Lutyens' grand concentric bldgs, M&S, like airports, you always know where you are with Marks. A concert under the India Flag, and an expensive dinner at The Embassy, corner of Block B, with high turbaned doorman in maroon to sweep open the door. Upper end Delhi eat here. But what passes for nothing exceptional in the UK. Décor modest pretentiousness and in need of an update. Don't look too close. Good menu, but mineral water at 99/- a bottle!!!!! (plus all the add ons) and they do Embassy cream pie special for afters. All together an eye-watering 1300-odd.
Went and found ATM and drew out 2000/- should see me through to the airport on Tuesday if I'm careful. Walked back in spitting rain, ppl still piss up the wall here, to The Ganj, a bit like Soho of the sixties, and wiped away the aftertaste of the cream pie in a serving of nasty orange sugary squiggles from a streetbarrow. I have arrived.

Gd sleep. Soft mattress, good pillows. Hot shower, and a Bombay Breakfast, porridge, fried eggs on toast, tea, in another of these eateries geared to furriners. Metro, all fairly straight forward, inc more changes, to Chandni Chowk and, third time lucky, a visit to The Red Fort... I now know how to do ticket offices, and audio guide hire, and all is well... until right at the end of the visit, and I get my wallet pinched in the Sunday crowds pushing and shoving through the first room of the arms museum (which I'd been in two minds abt anyway!) Shit! And it was zipped into my trousers "security" pocket too!

I now enter a different world. There are dozens of ppl in uniform everywhere in India, security of every kind, but finding someone to help you is a different matter. Passing the buck from pillar to post sounds abt right... But, eventually, a system starts to work, and my cause is taken up by a police officer... A drive, and a walk to a dark dingy office in a subway, a superior officer is sent for, I make a statement, write a report, and am persuaded that I have LOST my wallet, rather than say it was stolen, (less red tape all round) and given coffee. There is a HUGE language prob as superior officer doesn't speak much English. In the middle of it all a poor teenage scrap of human vermin is dragged in protesting and given a gratuitous beating with a wooden stick, he yelps, is terrified, and released.

Back to Red Fort where I return my Audio Guide, and told a lot of it goes on there. The attendant points to a handwritten notice on a piece of card stuck to the wall BEWARE OF PICKPOCKETTERS (sic). Next, with the same police officer in autorickshaw to police stn proper, where my statement is formulated, typed up, duly witnessed first, and then signed by me. the policeman and I return to his duty patch at R Fort, the driver is paid off and told to get me back to my hotel. He sees me through the door, as per his instructions.

I can cancel my lost card on line, thank god for iPads and wifi, and get more money with my other card, thankfully kept separately.

In all I lost:

abt 1750/- (under £18)
£10
Debit card
MasterCard (never used)
UK SIM Card (bugger!)
A tiny piece of lapis lazuli, (my souvenir from Jaisalmer.)
My wallet, which will need replacing,
My arrogance abt Delhi.

The strange thing is, I'm really not at all bothered. It's been sorted. I still have my passport, which I'll need again on Thursday cos I'm off to Spain for my nephews wedding; my buspass (which I'd handed in as surety against the audioguide; and my life - (no real trauma,  I was not robbed at gun or knifepoint.)

So Delhi seems to have had the last word in this five month lesson in living, and I am almost ready to be sent back home tomorrow. But that final lick of indian paint hasn't yet dried. There's still 24 hrs to go.  Anything can happen! 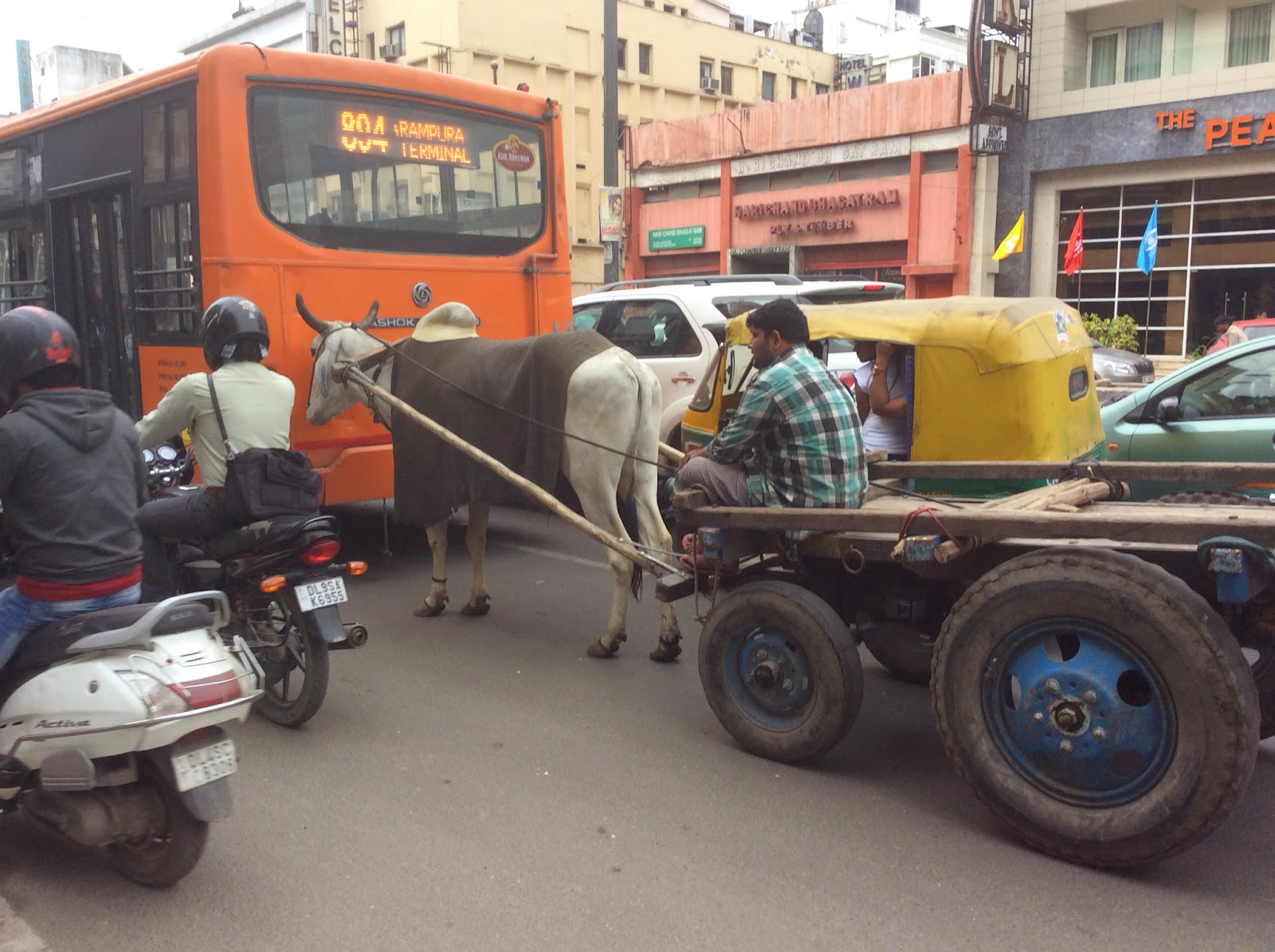 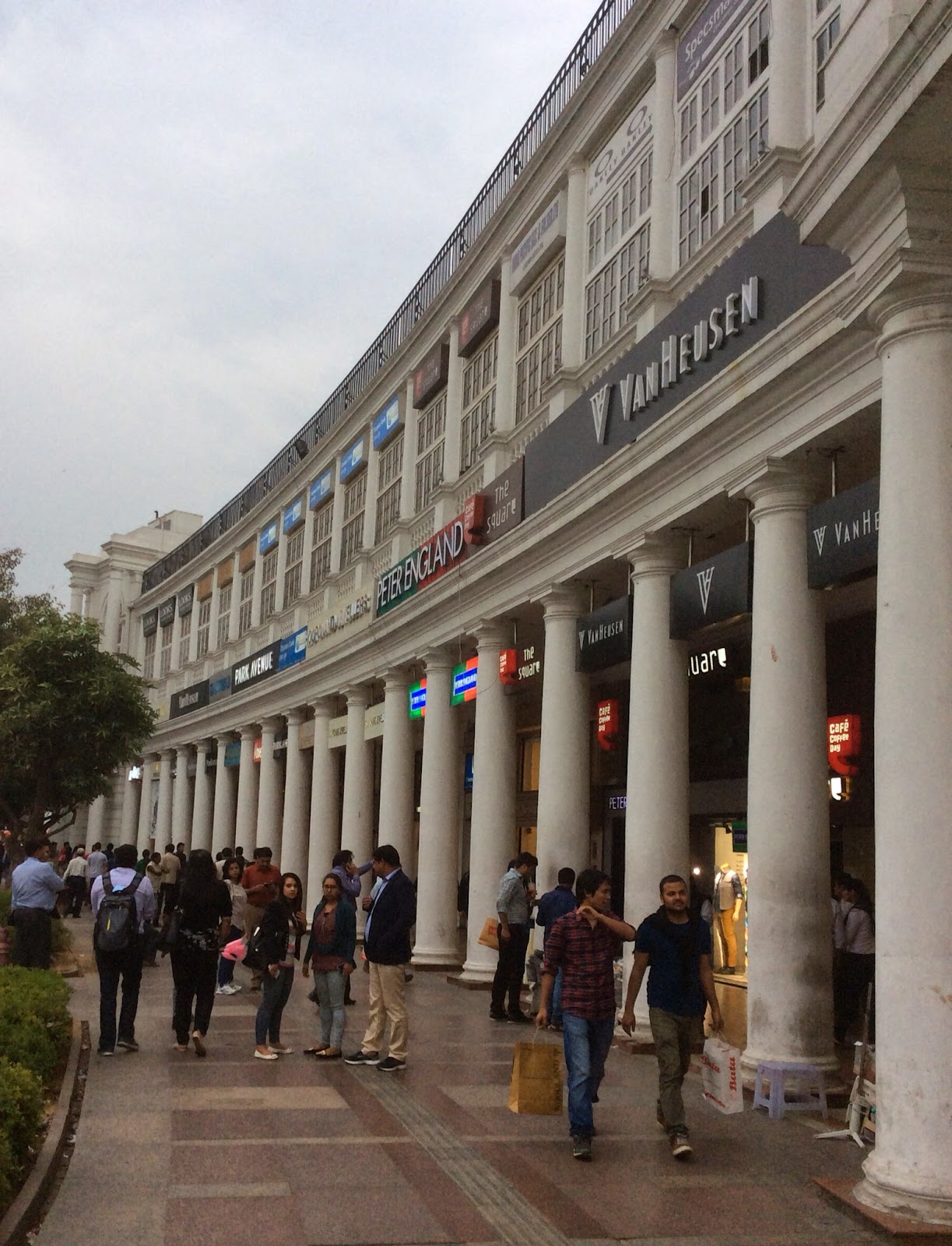 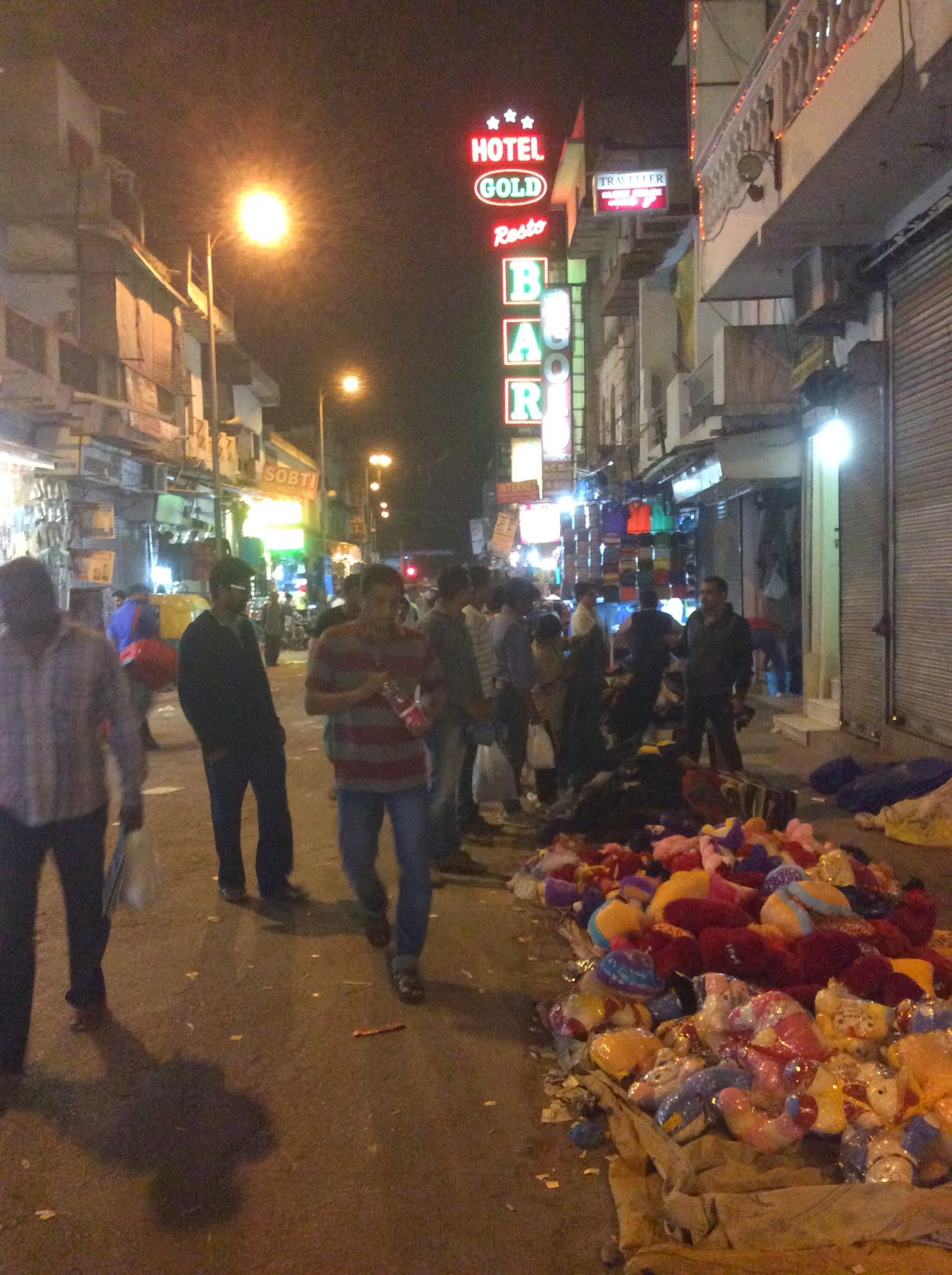 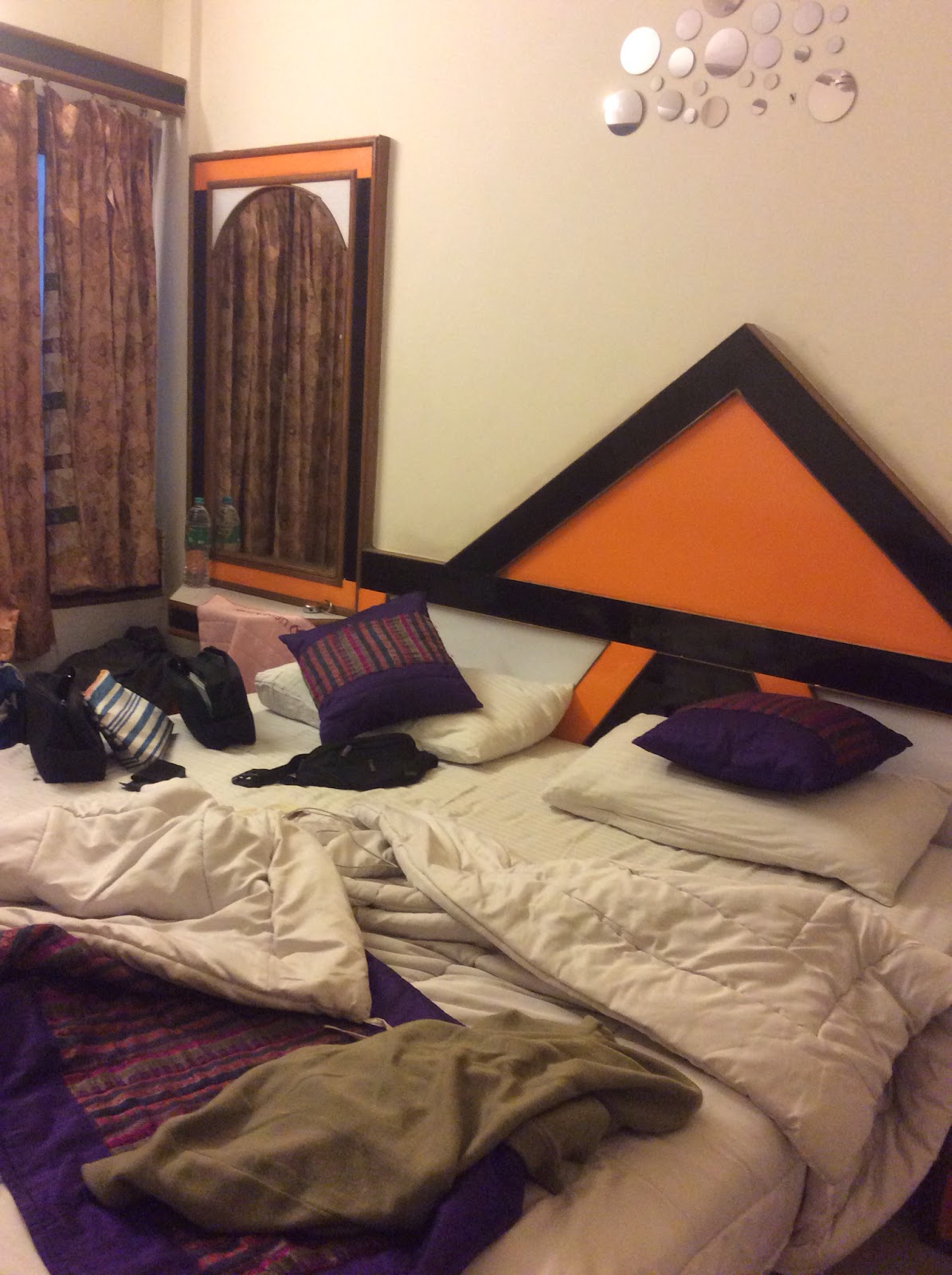 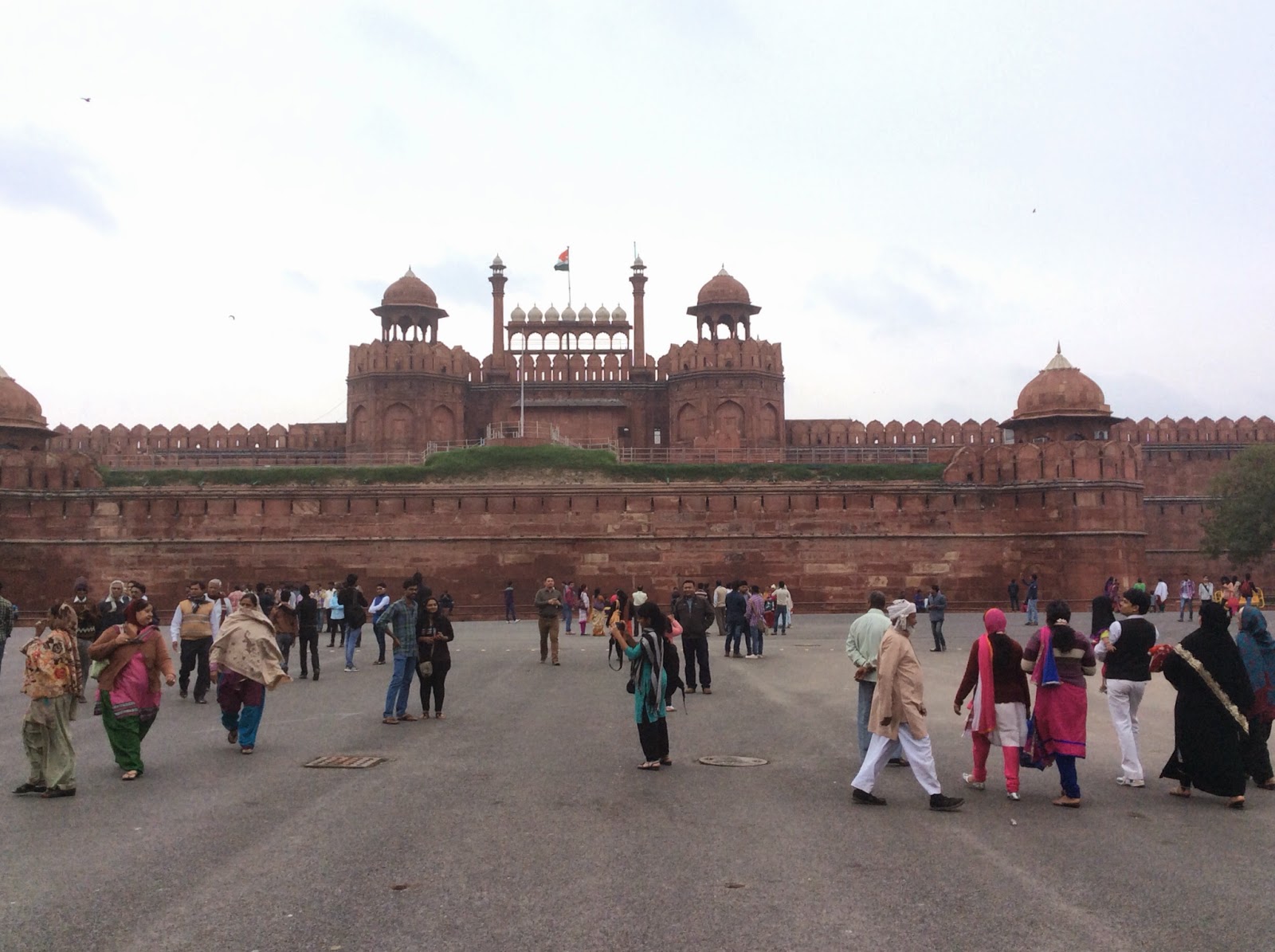 is the sound that ironic humour makes when it misfires.

What I meant to say in the Sweet Charity post was DON'T BE AFRAID  =>to click on the link<= AND PLEASE GIVE GENEROUSLY because Franc needs all the help he can get, as do the Acholi!

Sorry for any misunderstanding. Let's be blunt, forthright and direct. Just cough up.
Posted by Unknown at 19:48 No comments:

Well, charity begins at home, isn't that what they say? (I can hear my mother's voice.)

You must look after Number 1 (a favourite of my Dad's.)

I look back over my life and theirs, and can understand where they were coming from.

But that doesn't help when you have to decide whether or not to give your spare change to the abject woman, rent-a-baby on hips, standing in your way, or the man probably surgically mutilated in infancy so he would be able to earn a living as a beggar. No matter that his limbs would be so incredibly twisted into such improbable angles that he would for ever have to shunt along the ground like a crab, or have to rely for mobility on a plank of wood on casters.

And then there are those making a dishonest living befriending the unwary, spinning a plausible story in the name of bogus funeral expenses, orphaned children, slum school projects, victims of violent crime, victims of theft, and then demanding a hefty sum. The argument that I support official charities of my choice in the UK simply doesn't hold water, and time and again I've been had.

And then about five weeks ago I opened an email from my son Franc, asking for sponsorship. Oh no. Not again. But I was struck by his "worthy cause", and quick off the mark as a Midnight Scrambler, found that I'd hit the big button under the alter ego of my eBay trading name...

WARNING. If you want to avoid being asked to "chip in", DO NOT OPEN =>this link.

Franc, btw, is second on the left in this sibshot. 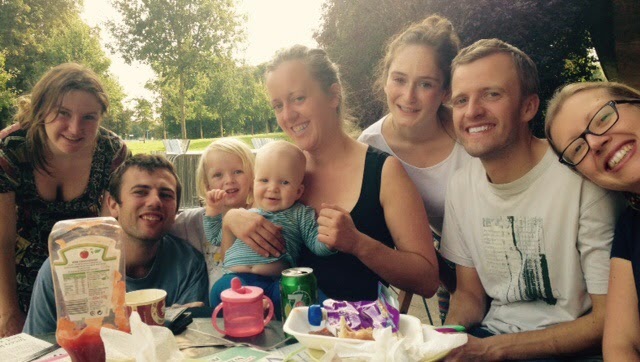 This Side of Paradise

Three and tuppence on the bus has brought me to Kovalam, a "high end" resort ten miles from Trivandrum. From a distance it holds out a promise of Paradise; close to it offers the opportunity for complete self-indulgence, and exudes "classy" vulgarity and a certain ennui. There are touts galore, and I have learned how to say "No thank you" in Malayalam - good naturedly, and to spark off a bit of good craic.

Well, I'm sadly not here for the beer; at this stage in the journey I just needed three or four days by the sea, where I can sit and reflect, figure out some of the changes, breathe some fresh air, and get myself ready for Delhi and whatever lies beyond... 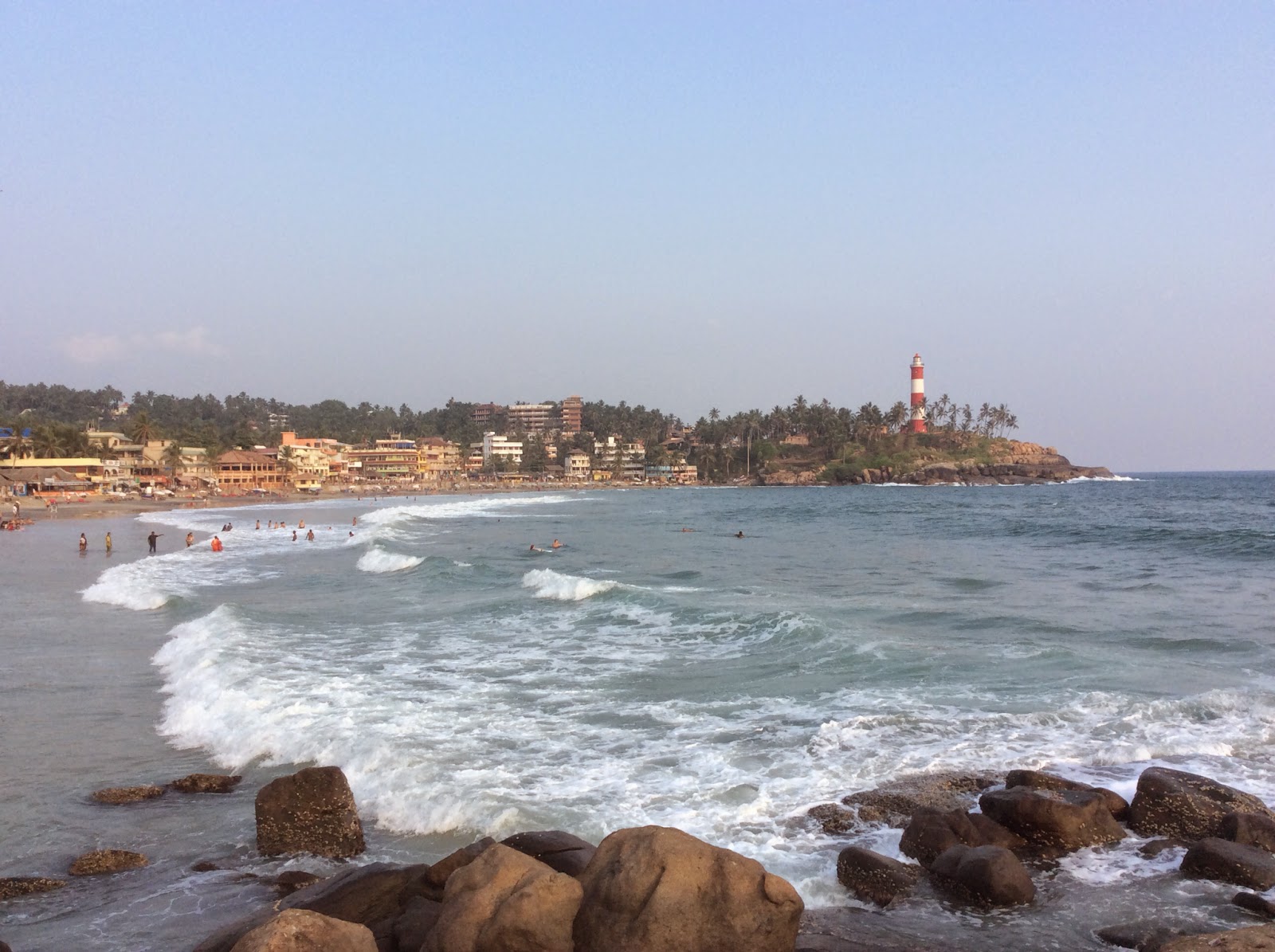 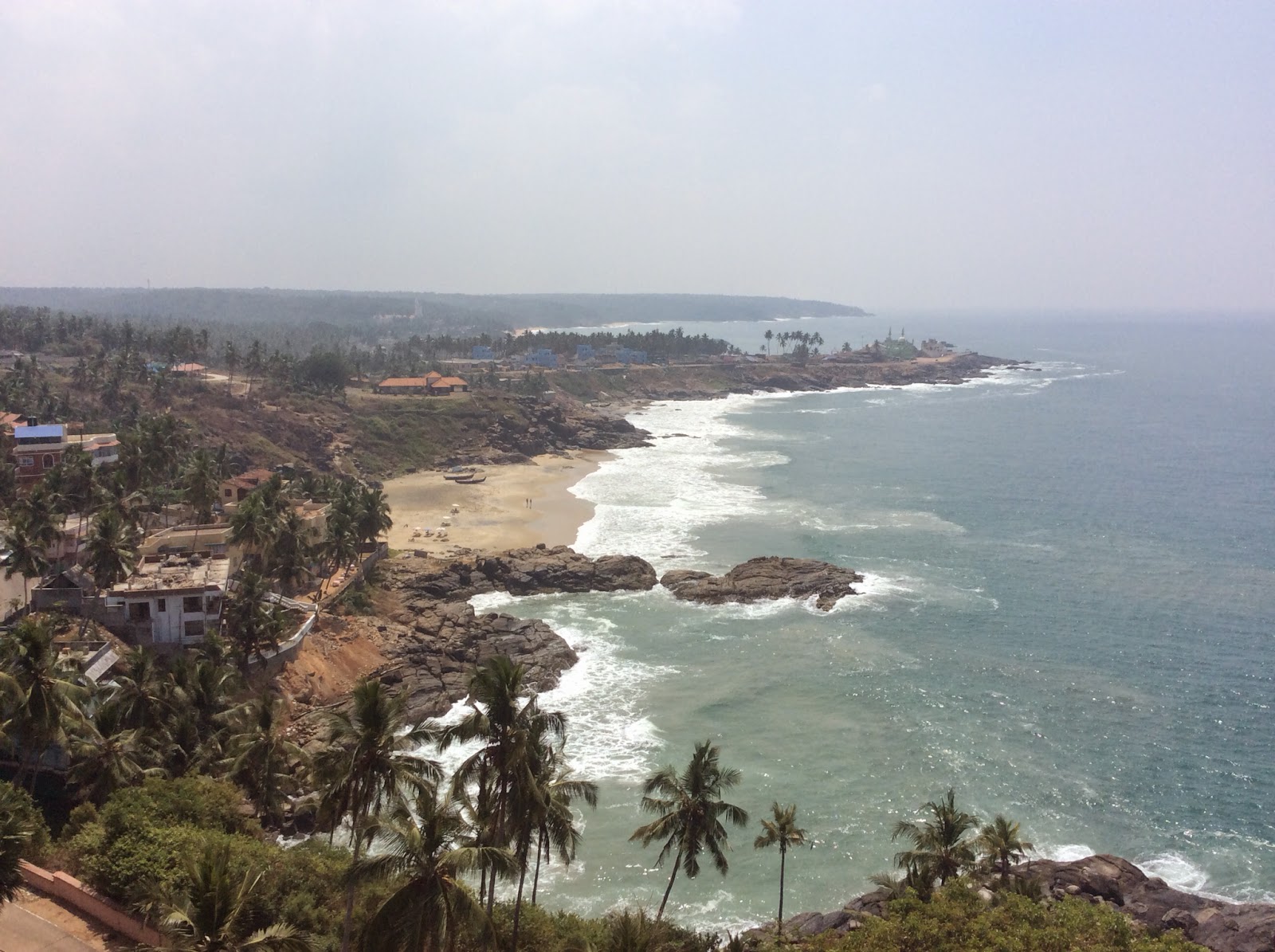 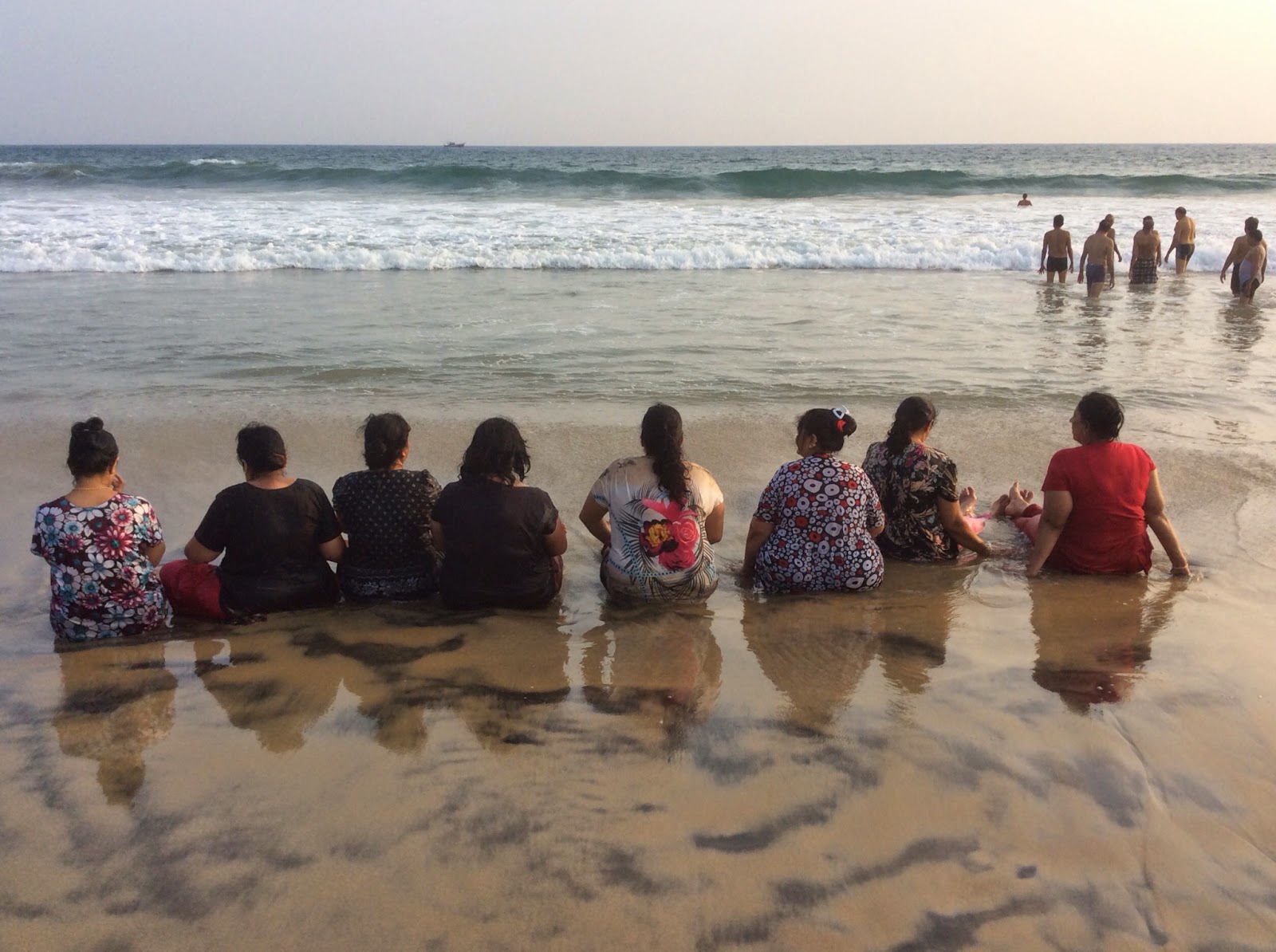 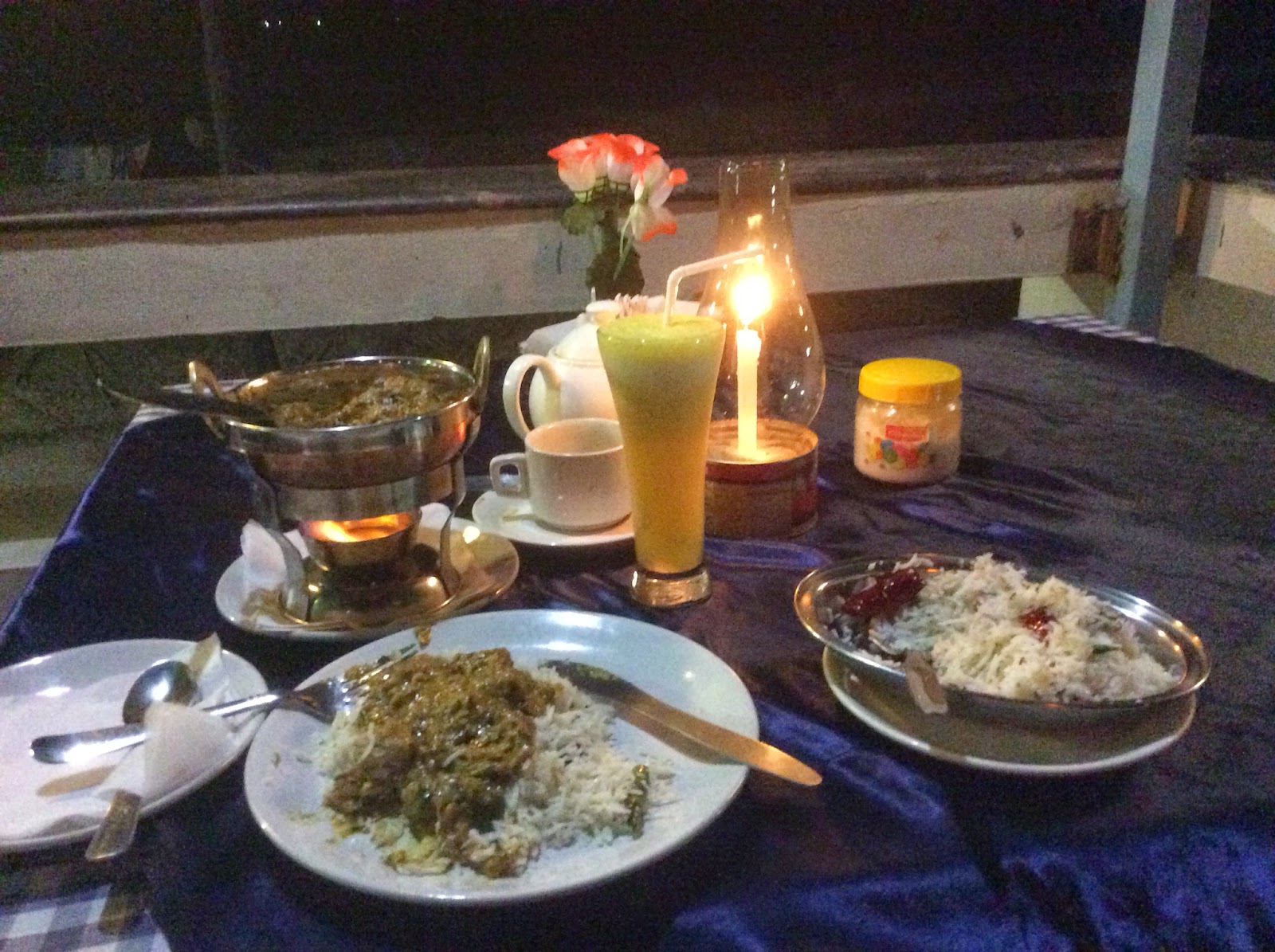 So how is it all to end?

I had plans to stay in Thiruvananthapuram, still thankfully known by its old Colonial name of Trivandrum, time for a last bit of flânering, some day trips out, and then a flight to Delhi and home.
But this is India and things never turn out as you might plan...
Trivandrum soon got the better of my lungs (again). Exhaust emissions, southern dust, methane bubbling up from the open sewers, the everlasting bonfires of plastic rubbish burning in the streets.

So I did the bare essentials: zoo (apparently the animals here were the inspiration for those in The Life of Pi, but I only found pacing tigers and a forlorn zebra kept in solitary), the market, The Southern Tip, and a day out in the hills where an elephant sanctuary did something to redress the balance... Eleven of them; all in rehab.

Time with Elephants, and some special memories.

And then I made other plans... 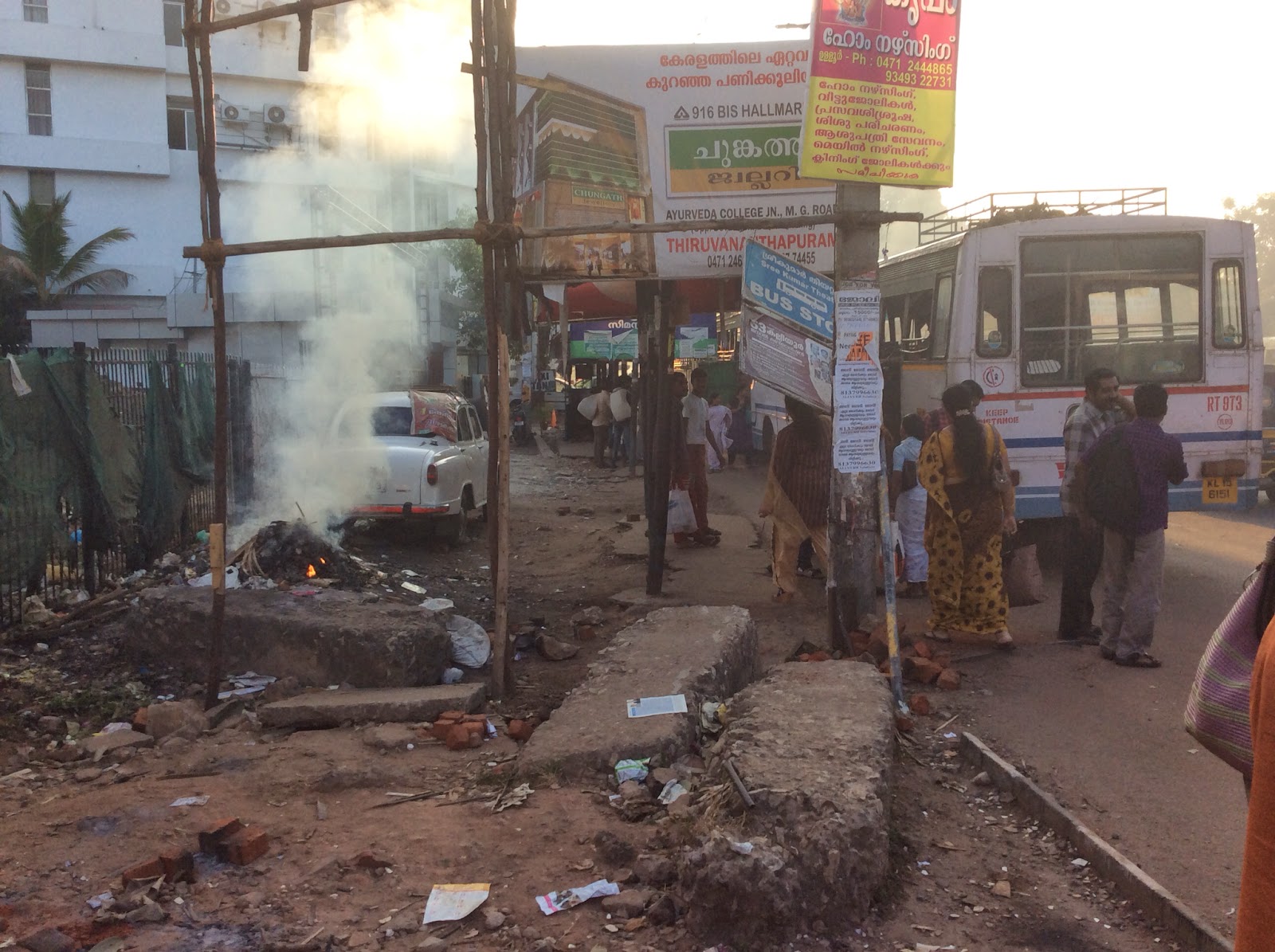 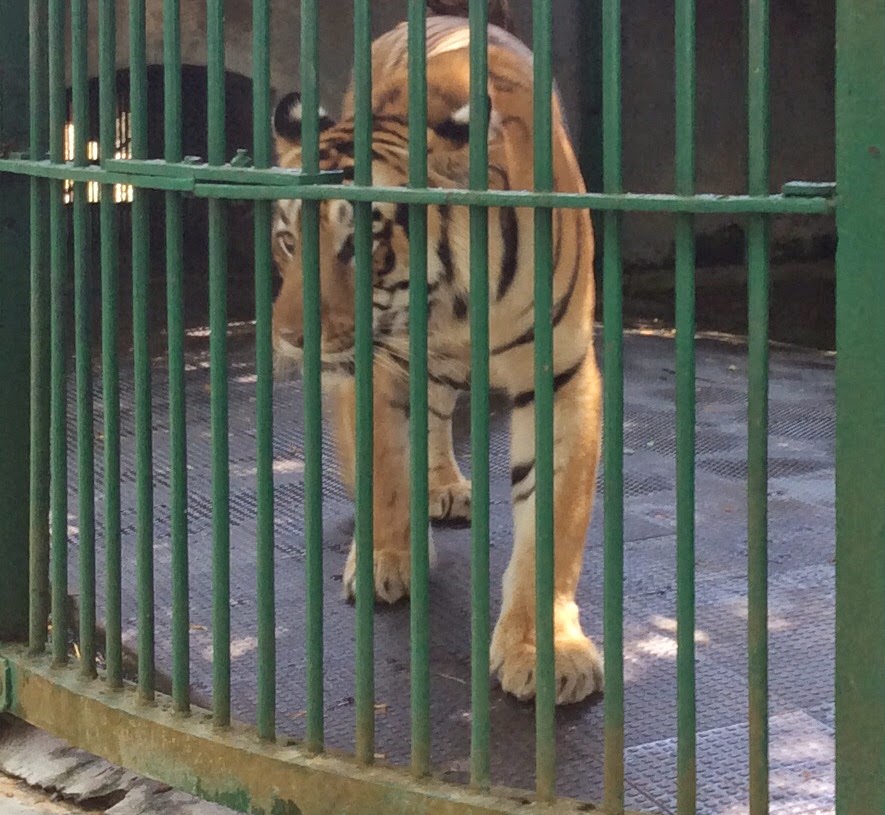 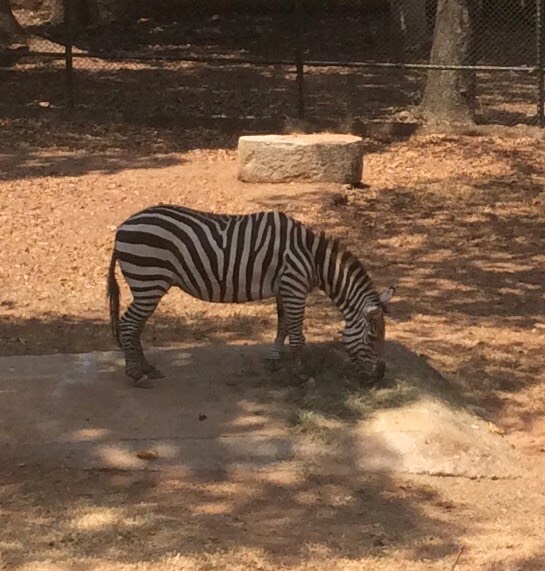 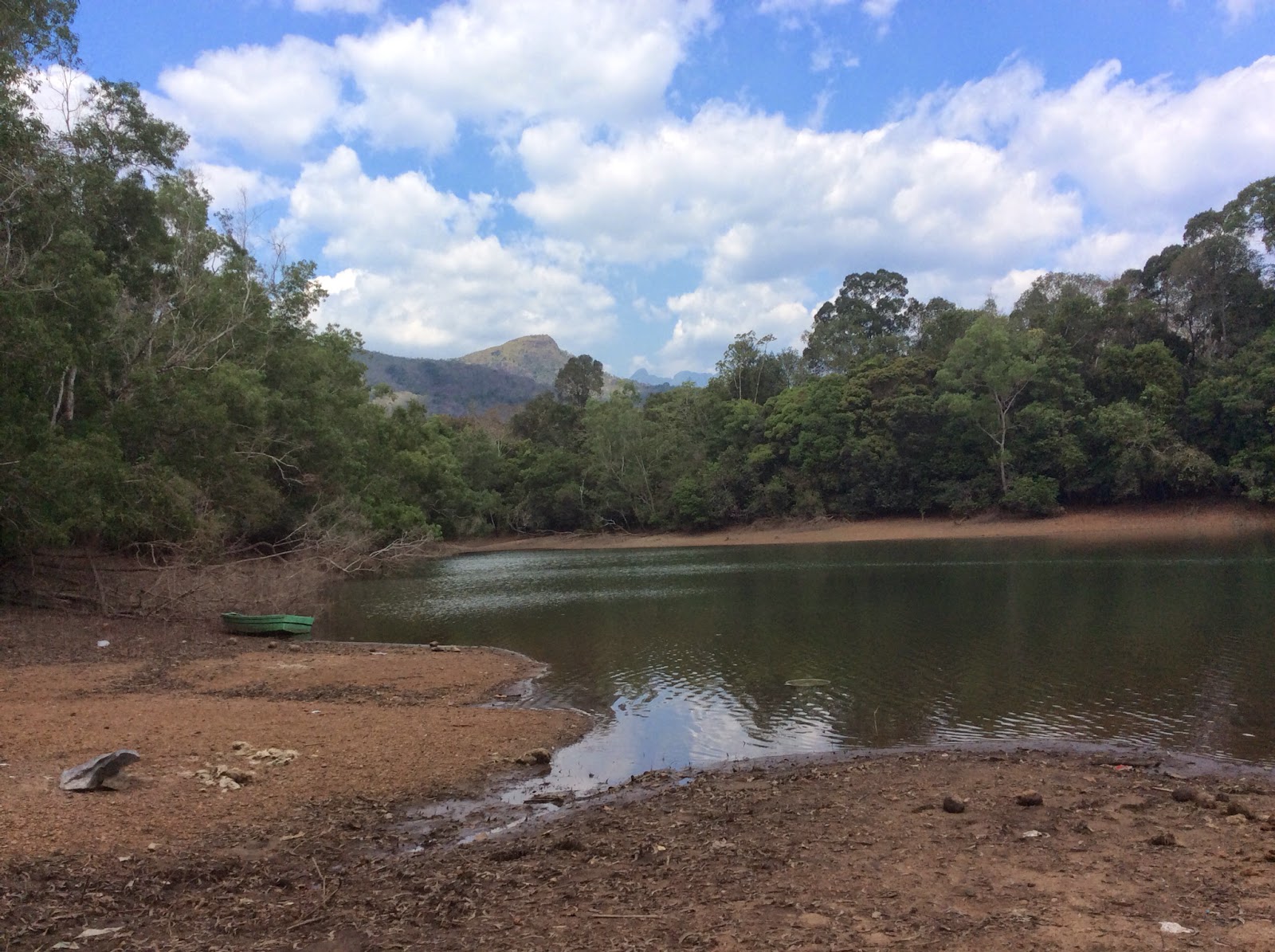 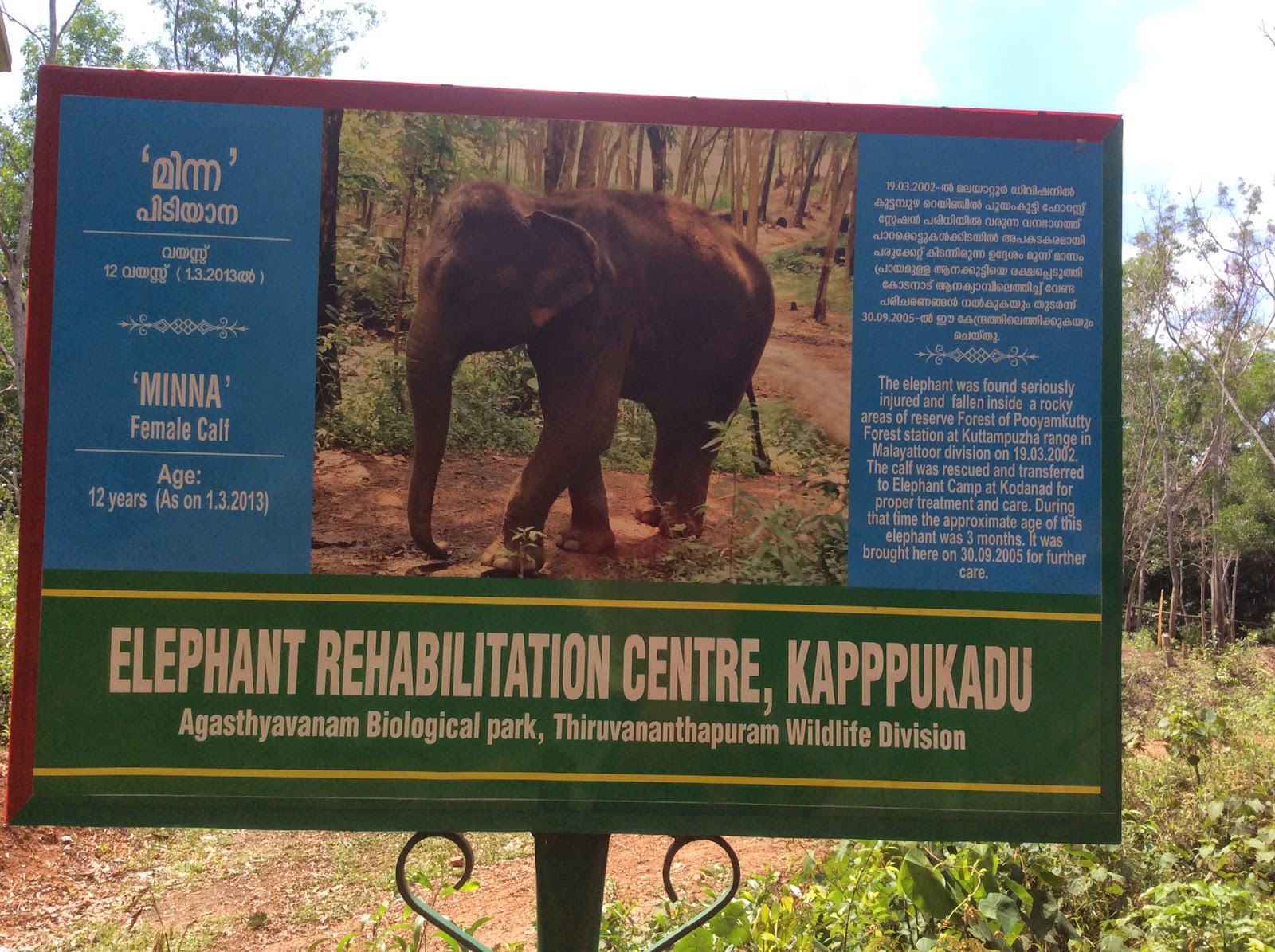 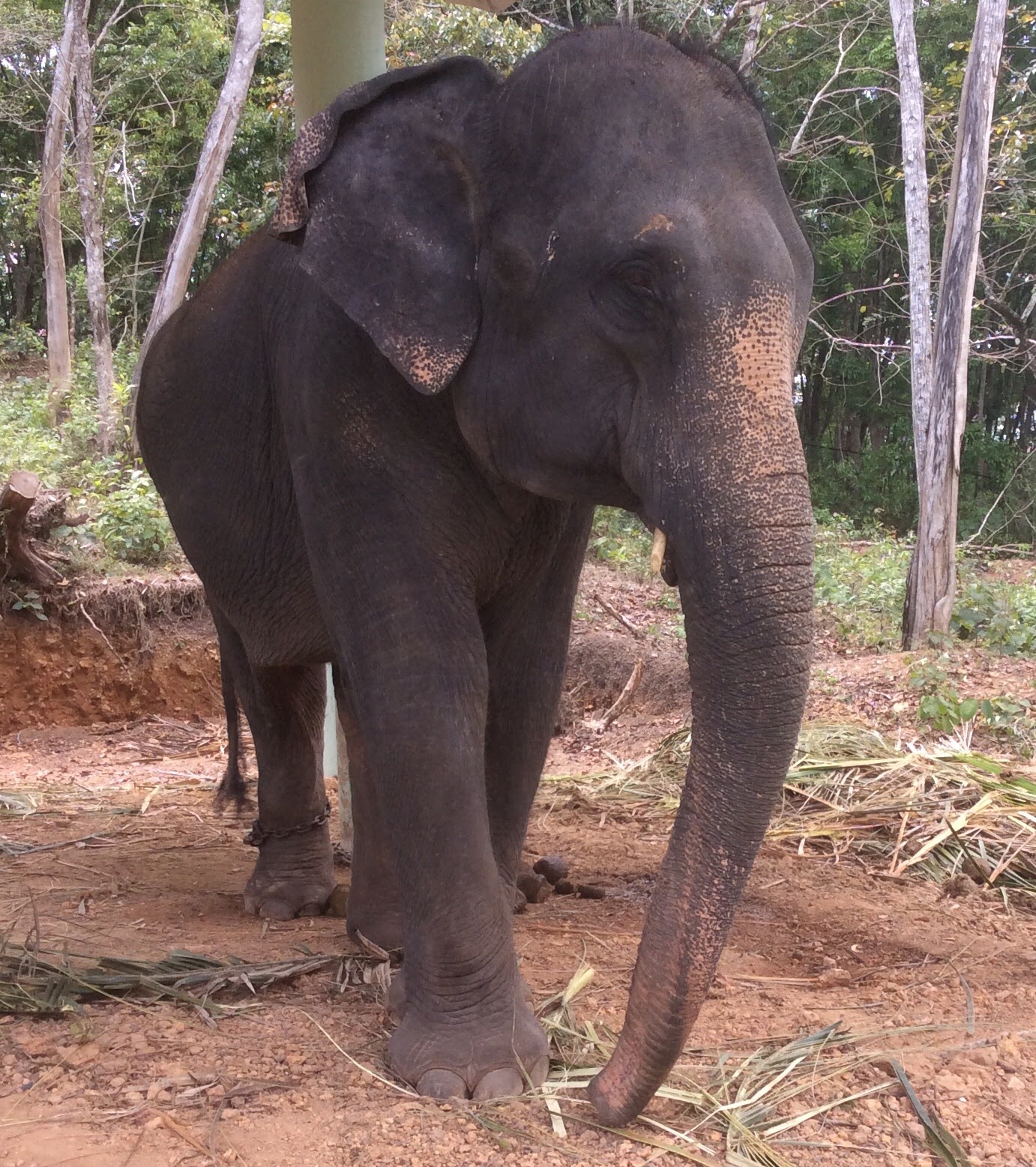 This afternoon I received an email from The League Against Cruel Sports suggesting I should ask each of my parliamentary candidates where they stood on such issues as the hunting ban, the use of snares, "illegal" dog fighting, etc; which I have now done.

A few days ago I spent part of the morning at Connemara Market in Thiruvananthapuram. I had to ask myself some questions too. (It's  all right. The bleating stopped once the vocal cords were severed.) 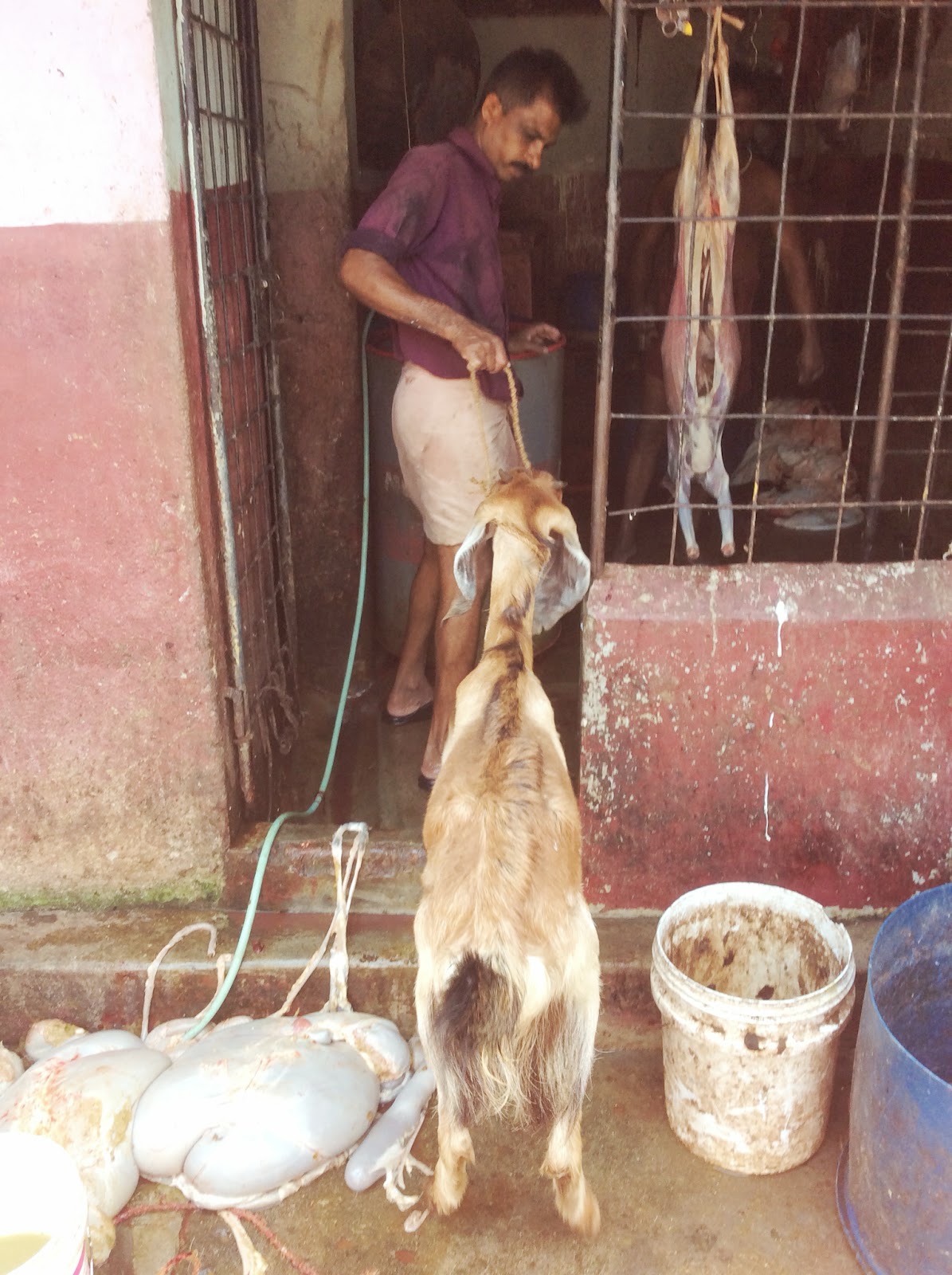 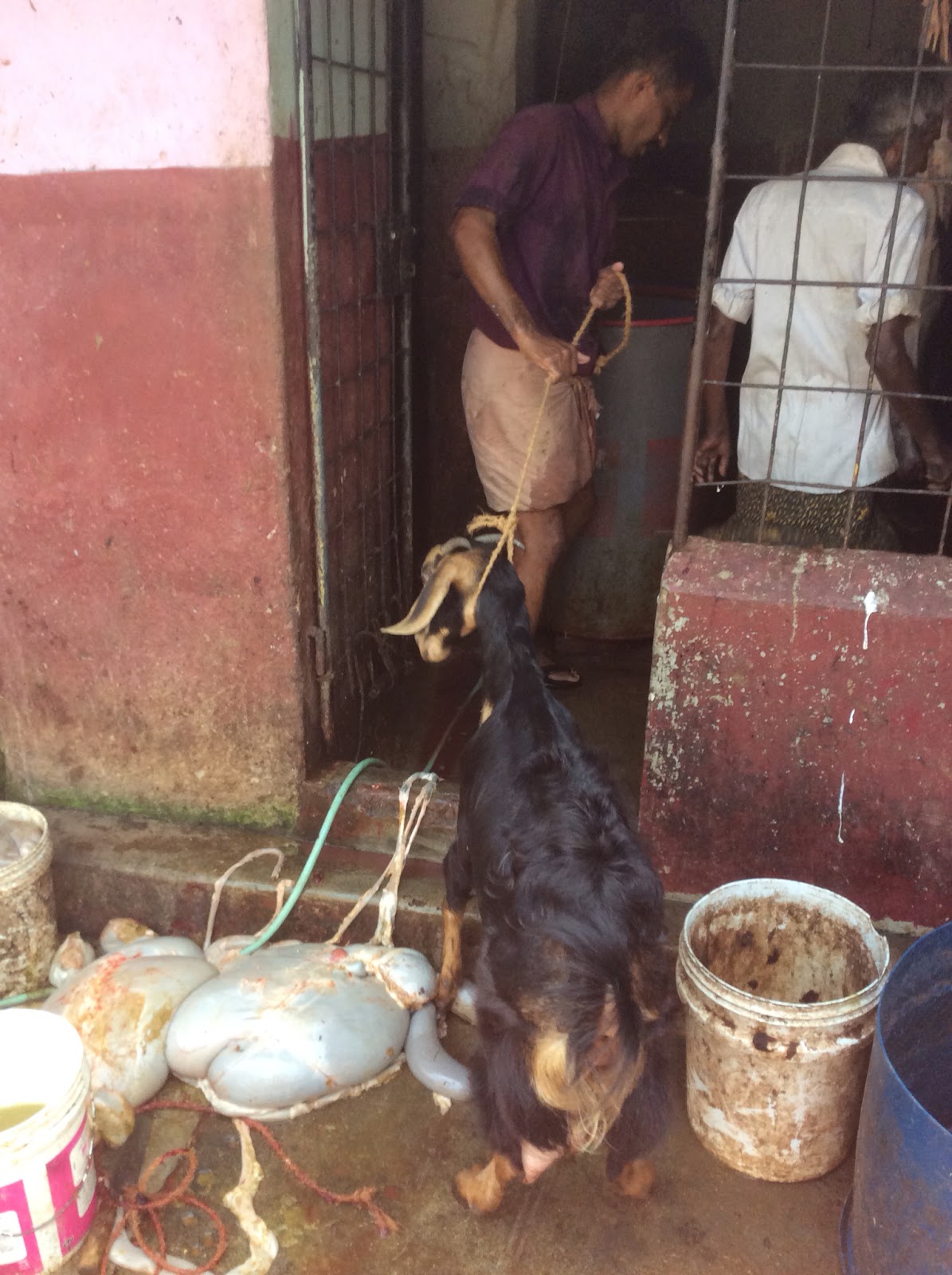 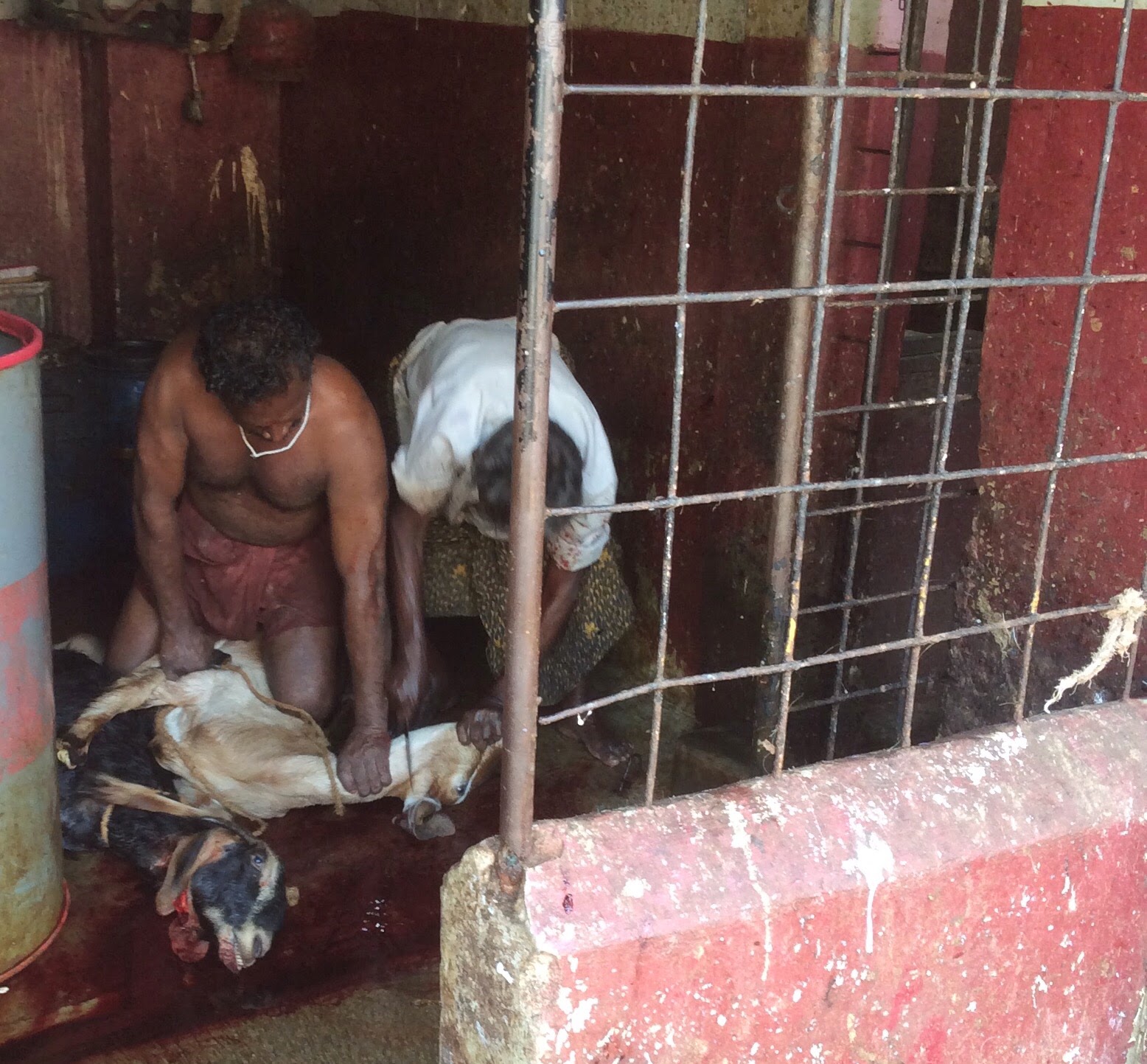 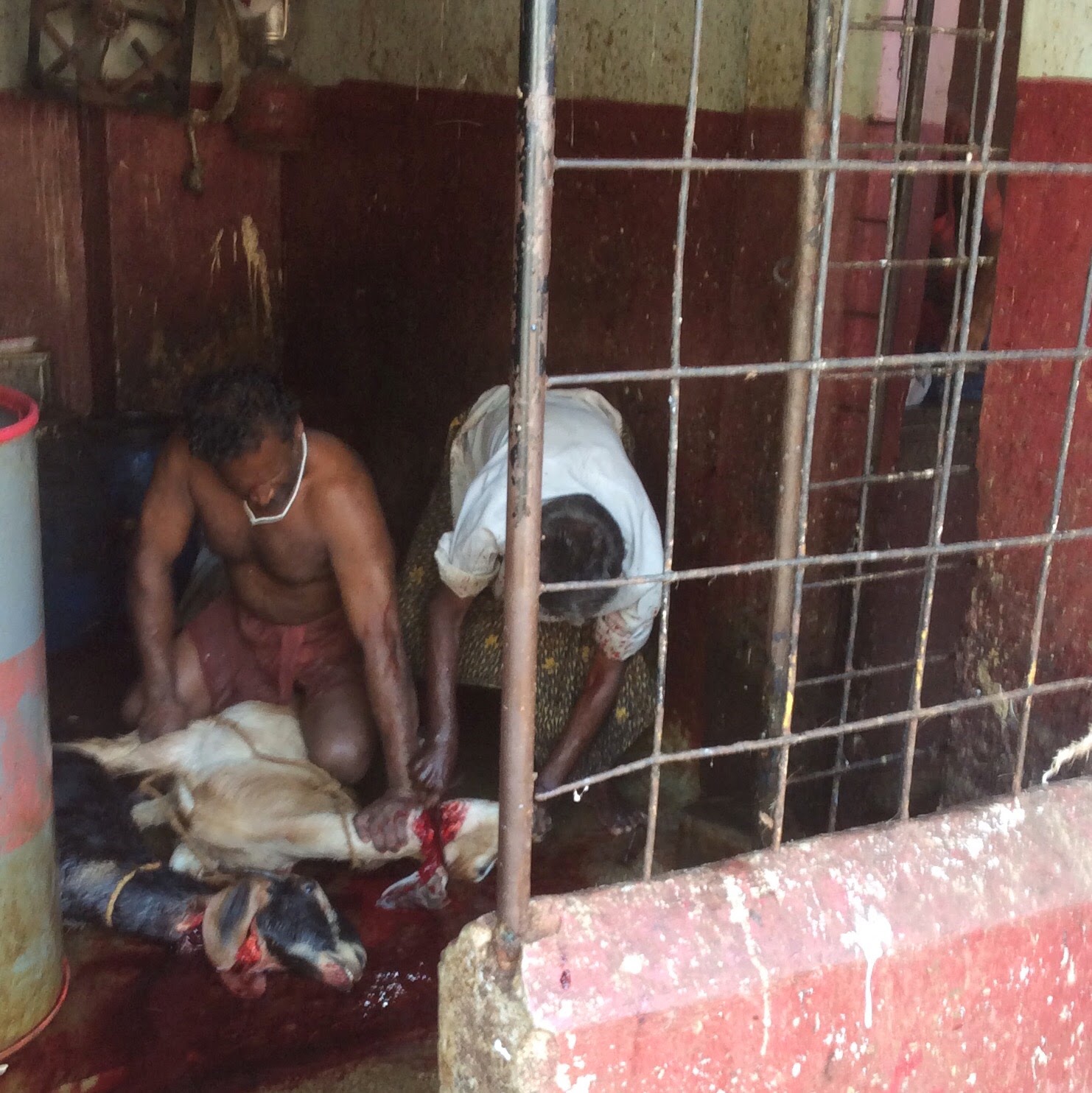 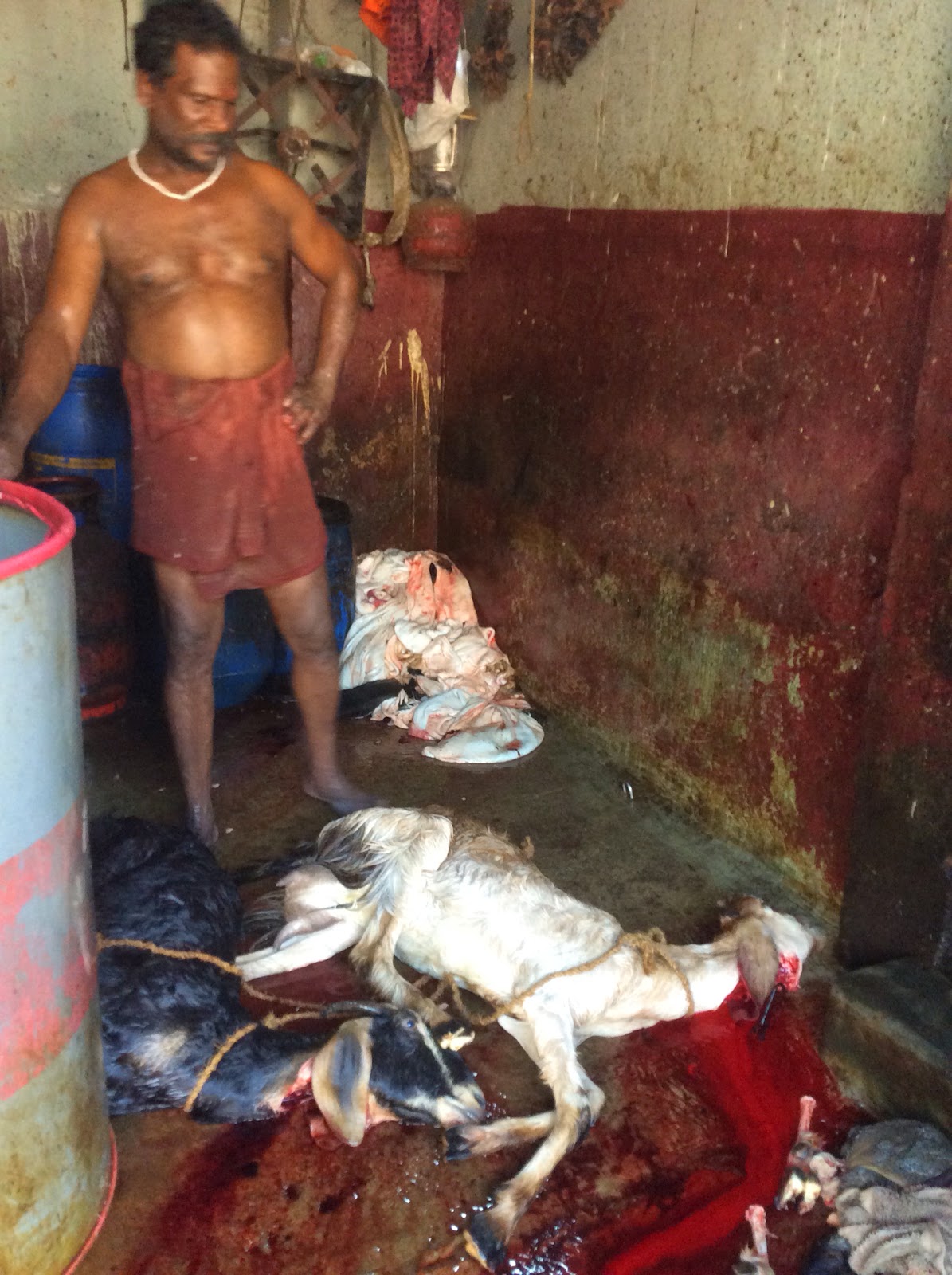 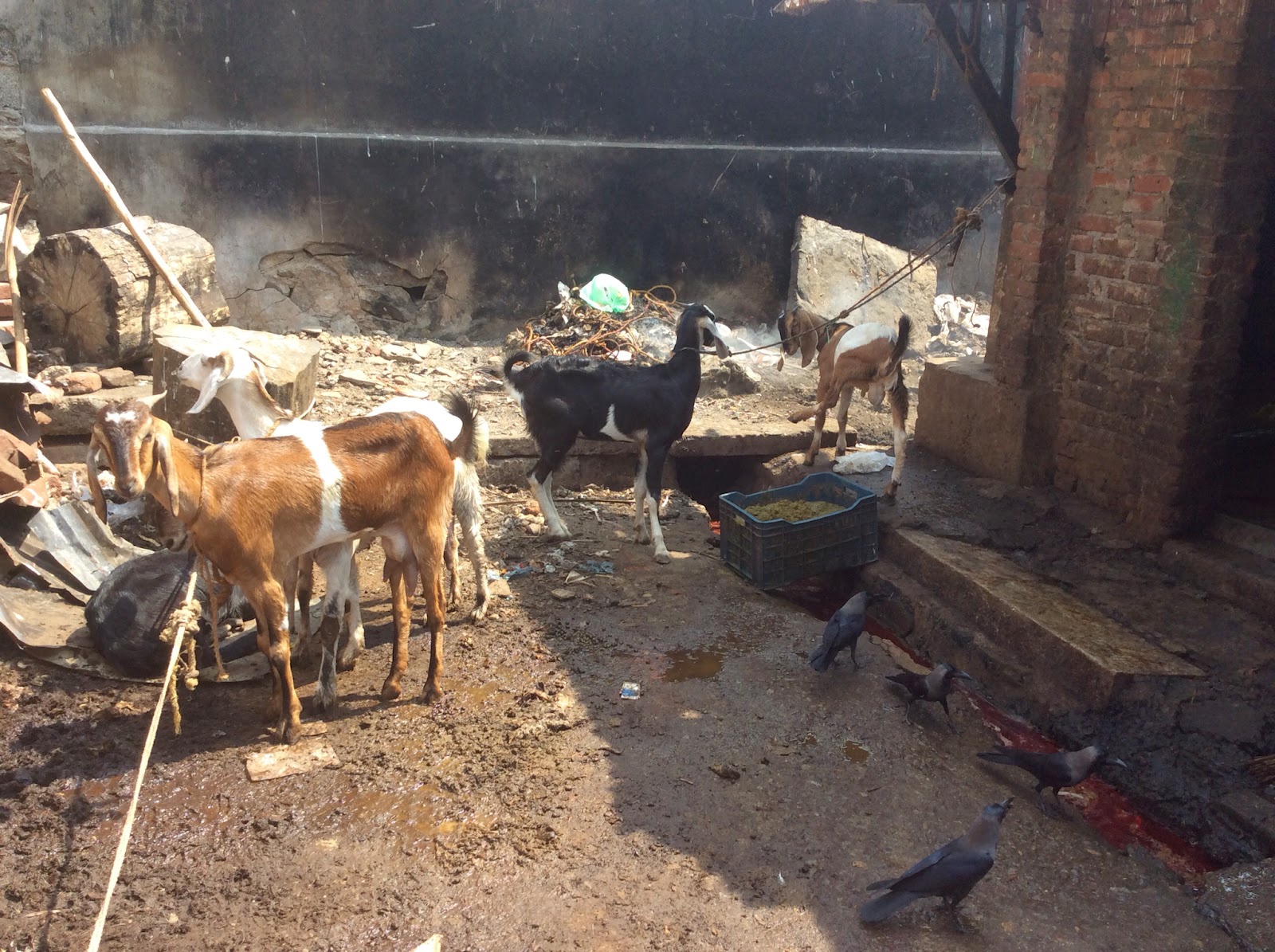 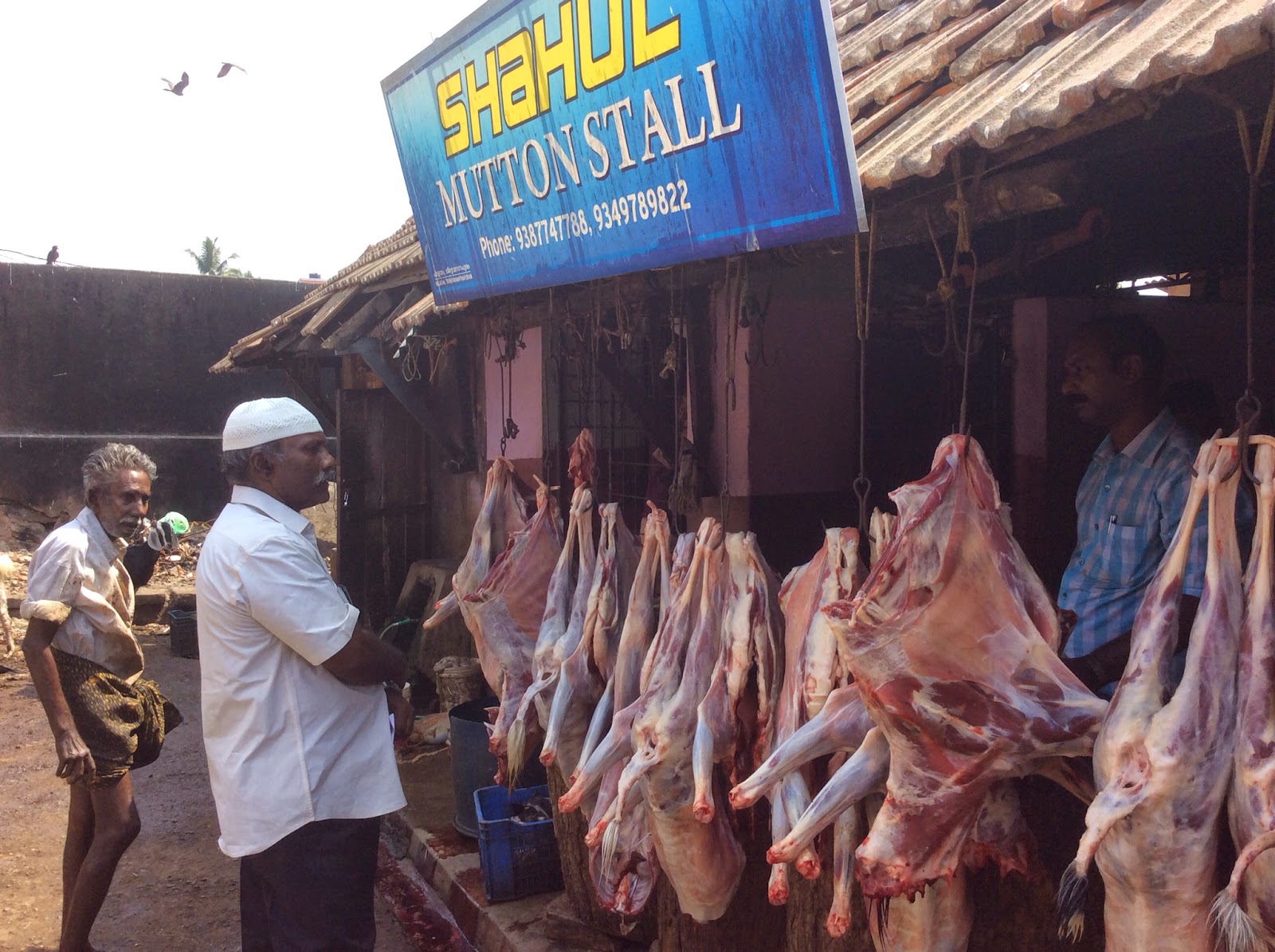